Chimpy AG is a Swiss start-up that rents out mobile battery chargers both nationally and internationally. The principle behind it is as simple as it is successful. Customers can borrow a Chimpy powerbank at over 1200 locations in Switzerland and return it to any other location within a week. What began in ten bars in Zurich in November 2014 is now in use throughout Europe. 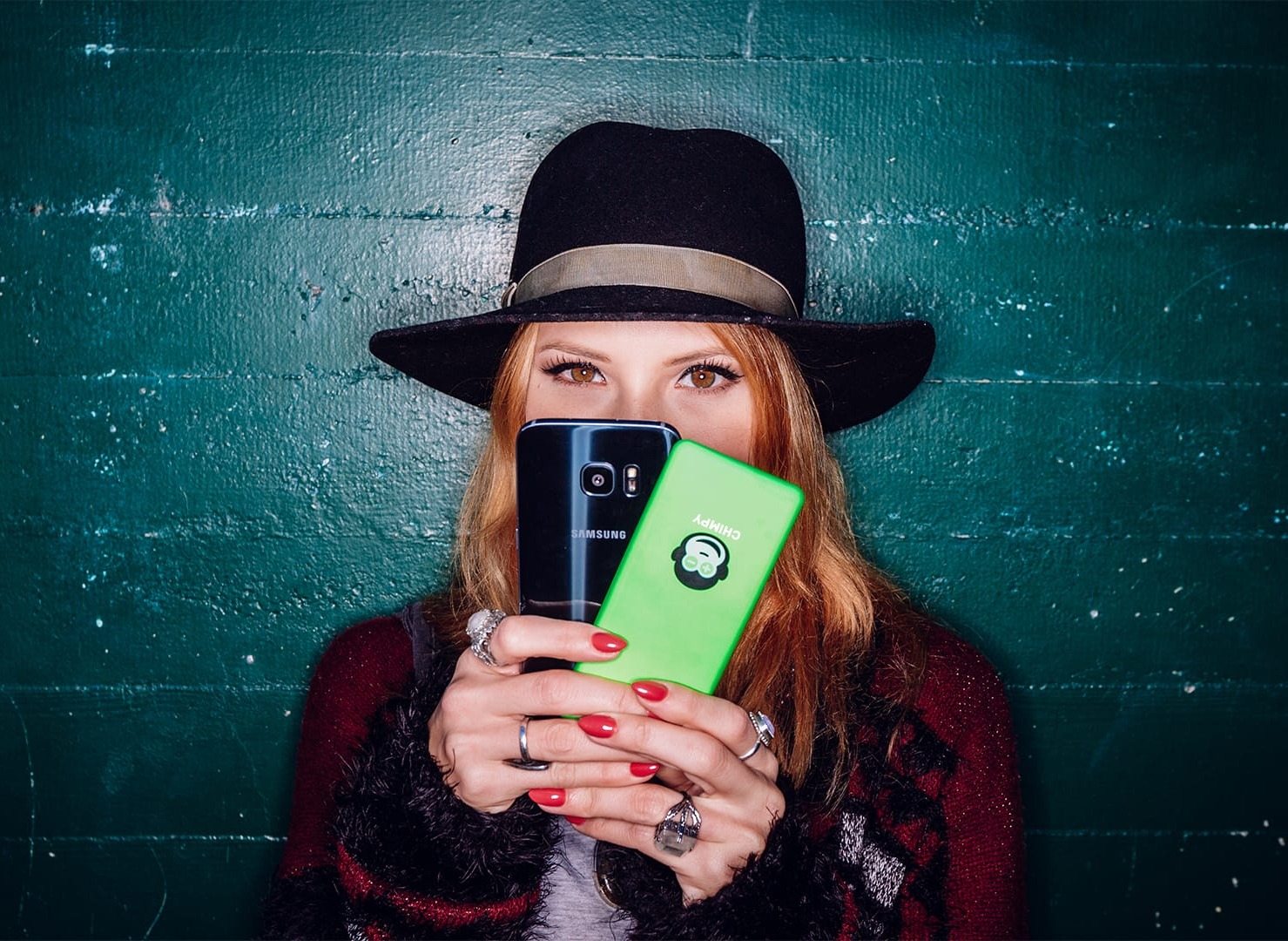 Renewable energy on the road

Who hasn't experienced it: the cell phone battery dies on the road. Power outlet? No way! This is exactly where the concept of the Swiss start-up Chimpy comes in. Thanks to the mobile powerbank, Chimpy supplies its customers with green solar power while they are on the move - and now not only in Switzerland, but also in selected major European cities such as Paris, Berlin and Budapest. In this interview, Can Olcer tells us how the project came about and how Advanon helped the start-up to grow healthily.

Can, what is your business model at Chimpy?

We rent mobile battery packs to kiosk stores. Customers rent a fully charged battery pack for 4 CHF and leave a deposit of 15 CHF. With this they can charge their cell phone or other mobile devices anytime and anywhere. Our battery packs are charged by us with solar power. Our goal is clean and mobile energy for everyone.

When did you start Chimpy and why?

Our company has now been around since 2013. In the beginning, the business model of our company was a bit different. At that time, we exclusively supplied business customers with rechargeable batteries, and collected them again and recharged them with solar power. Our goal was to reduce battery waste. However, some factors led us to stop expanding these services at the moment.

What problems have you encountered?

When we came up with the idea of renting out battery packs, we initially wanted to rent them out in bars and restaurants. That didn't work out well. Then when we made the deal with Valora, it became clear that we would need a lot of battery packs very quickly. Those are big investments for a small startup. Especially when you have quite long payment terms agreed with the customer and also have to pay wages and other operating costs during that time.

How did you deal with this problem?

We looked around for financing options to improve our liquidity. Banks often don't work with young companies because it's too high a risk for them. And seriously, who wants to work with banks? It's way too cumbersome because they don't know the needs of startups. We also looked into factoring, but it's not flexible enough for us. Then, through a friend, we became aware of Advanon.

Why did you choose Advanon?

Financing through Advanon is fast and uncomplicated. We needed exactly this speed and simplicity so that we could improve our liquidity and execute our large order. In addition, Advanon's individual advice was very helpful and responsive to our needs.

What are your goals for the future?

For the time being, we want to concentrate on establishing our service in Switzerland. For later, however, we are also flirting with an expansion abroad, depending on the situation. Our goal is to provide people with mobile solar power for all kinds of mobile electrical devices.

«Financing through Advanon is fast and uncomplicated. We needed exactly this speed and simplicity so that we could improve our liquidity and execute our large order.» Write your own success story! Contact us today and make an appointment online. We will be happy to take time for you and advise you individually.

We still have space for your personal success story As a financial intermediary, CG24 Group is a member of a self-regulatory organisation recognised by FINMA, the Association for Quality Assurance in Financial Services (VQF), and is subject to its supervision.